In a year that has been challenging for all businesses, Jones Family of Companies has continued to thrive and progress. Along with the recent acquisition of Rontex America and the opening of a new office in Richmond, Virginia, Jones is improving its Operations and Human Resources teams across all facilities by bringing on even more highly skilled employees. The most recent additions to the Jones family are Pranil Vora as Manager of Quality Engineering and Performance Improvement, in Morristown, Tennessee; Alex Webster as Plant Operations Manager in Humboldt, Tennessee; and Kassey Cruz as HR Generalist and Operations Recruiter in Charlotte, North Carolina. 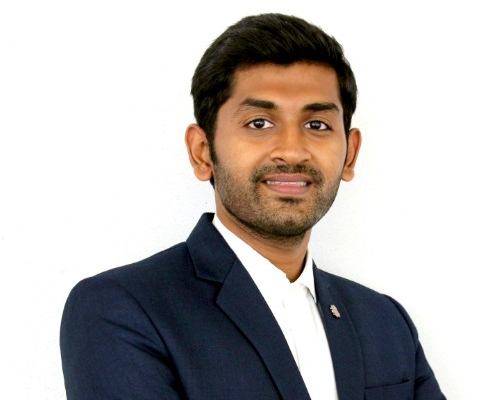 Pranil Vora joins Jones at the height of an admirable, decorated academic and professional career. While earning his Bachelor’s degree at the D.K.T.E Textile and Engineering Institute in India, Vora participated in three separate internships and received a number of achievements and certifications from institutions around the world, as well as having articles published in several notable textile publications. In May of 2020, Vora earned his M.S. in Textile Engineering from North Carolina State University in Raleigh. Professionally, Vora has worked in the Research & Development departments at Mann+Hummel’s filters division and most recently at The Nonwovens Institute, becoming proficient in several aspects of the nonwovens industry. Vora’s knowledge and skill in textile research will allow him to innovate products and methods of production, to ensure that Jones maintains the standards that its customers expect.

“We are thankful for the opportunity for Pranil to join our team,” said William Moore, Director of Sales Operations and Innovation. “We were very impressed by his strong technical textile background and the experience he has gathered thus far, and we anticipate continued greatness from him during his career here.” 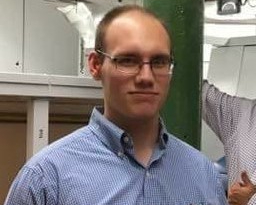 Since earning his bachelor’s degree from The Citadel, The Military College of South Carolina in 2016, Alex Webster has built a strong and diverse career in the textile industry. Immediately after graduation, he began working in management for Parkdale Mills, overseeing the Carding department and assisting in upgrades to the Thomasville, NC production plant. In 2019, he began working for Frontier Yarns, moving between supervisor and management roles at three separate facilities across the southeast U.S. Webster’s extensive leadership experience will provide even greater structure and efficiency to Jones’ Humboldt plant.

“Alex has exemplified leadership throughout his whole career. He is a great fit to take the lead in a management role at our Humboldt Fiber Plant and we are glad to have him,” Monica Cadaret, Vice President of Operations commented. “The talent present in both Pranil and Alex will be great assets to us going forward, and I hope to see them elevate operations in all of our nonwovens plants to a whole new level.”

Kassey Cruz joins the Jones business office located in Charlotte, North Carolina. Cruz earned her bachelor’s degree in Psychology from Montclair State University in New Jersey, achieving a certification in Human Resources Management in 2020. During her undergraduate, Cruz participated in an HR internship at Urban CoalHouse, gaining valuable experience in managing the infrastructure of a workplace. After graduation, she joined Sumitomo Mitsui Trust Bank in New York City as an HR Generalist, further developing her skill set in HR management and recruitment. With Jones, Cruz’s experience will allow her to lead direct recruitment efforts for manufacturing associates across all five nonwovens plants. 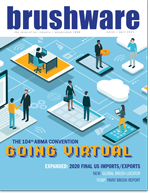 US Manufacturing PMI Soars in February

Reinhold Hörz: 40 Years in the Field of Bristles