The 2021 ABMA Convention was held as a virtual event March 17-19, 2021, and you can see full coverage of the event in the May/June issue of Brushware. Today, we offer bonus feedback from the event with the full question and answer sessions conducted by Meg Cooper with several attendees of the event. 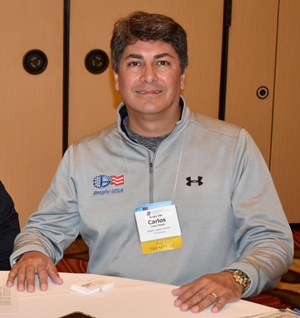 What did you think the ABMA did well at this year’s virtual convention?

Our company was pleased that ABMA had a virtual convention instead of a canceled convention (no convention at all). Having a virtual convention does not mean that this alternative solution would be an automatic success. Immediately following the 2020 ABMA in-person convention in Florida last year, up through this year’s virtual convention, ABMA put in a lot of hard work and preparation to support the membership. Thanks to ABMA’s many surveys, Zoom meetings, publishing of survey results, providing links to help members land upon and navigate the various government support programs — like PPP, state unemployment programs such as workshare and other employee/business support programs, etc. ABMA provided an unprecedented level of support to its membership in the past 12 months! Furthermore, webinars that were very useful to the membership were developed and launched which was part of bringing more help to the membership throughout the year, instead of just an annual convention.

Building upon the above-mentioned successes, ABMA then worked upon crafting a virtual convention for 2021 that would have substance for members, that would also take care of the needed annual meeting requirements of the Association and included a social component. In my opinion, ABMA pulled off a wonderful Virtual Convention.

Did you enjoy the Paul Miller Welcome Reception?

The Paul Miller welcome was a hoot! My wife Lynne and I laughed so much and had great fun with the game/host and the comments from the various members. The time flew by and we were sad that it was over. To keep the fun going, my wife and I had follow-up video phone calls with many of the members that attended the Paul Miller Welcome Reception so we kept the party going “after-hours” as we do after ABMA receptions. Everyone commented on how we missed being together.

No. Nothing beats in person. But in a world pandemic, virtual beats “no convention.”

ABMA has already proven that virtual events have a place in ABMA’s future, with the various webinars and “virtual happy hours” that have been successful. For sure, these virtual components will probably become part of the “new normal” for ABMA.

Every Association is only as strong as its membership. ABMA’s creation of the Emerging Leaders group was a direct response from the membership requesting this opportunity and Borghi USA strongly supports this effort. If we don’t encourage the younger members to be active and present their ideas for the future, ABMA has no future. Youth has its own viewpoint; us “older people” that have been attending ABMA for 30 plus years (longer than some Emerging Leaders have been alive!) need to recognize the fact that we may be set in our ways of looking at things, and nostalgic about certain aspects, and that is where the ABMA needs to listen to the younger generation and learn from them and understand that they are on their way to being tomorrow’s ABMA leadership, and we are on our way to being retired. There’s nothing wrong with that. We need to accept this natural progression because that is how our association has endured for over 100 years! The future looks bright, but that only happens if everyone participates and puts in the work to keep the membership growing, active and that ABMA provides what is needed from an association.

Face 2 Face was very good, especially at a time when we had not had the opportunity to visit with our customers in person. 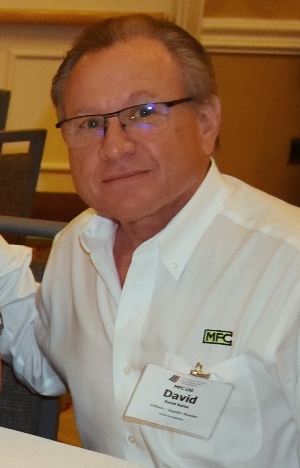 What did you feel was lacking from the ABMA convention this year?

My biggest misses were not visiting with people that have become friends, not meeting new people in the industry. Certainly we lost the opportunity to meet with others in the industry (not only your customer or supplier) and learn from them about the industry and perhaps ways to improve something on a personal or business level.

The information and guidance provided by ABMA and David Parr throughout this pandemic has been incredible. Truly, a lifeline. The virtual convention was well done and provided an opportunity for our industry to stay connected in a holistic way to both companies and individuals. While I signed up for the Paul Miller event, unfortunately, I was not able to attend. Paul was a good friend and mentor, and he is missed.

Regarding the Emerging Leaders group, how did you feel about the turnout?

My feeling is that they are vital to the sustainability of our organization and industry at large. We need fresh minds to continue to push the limits of technology and development in the brush industry. Plus, they also have an opportunity to grow in an industry that values relationships. An industry, where family and large-scale businesses can compete but also work together to support brush manufacturing in America.

We had an error in our calendar so we ended up an hour late for the main meeting. I heard that it was a good meeting, and the last five minutes we saw when we joined seemed like everyone was enjoying it.

No, the ABMA does such a great job on the in-person conventions. Virtual doesn’t compare at all.

I’d prefer to get back to normal as soon as possible.

What did you feel was lacking from the ABMA convention this year?

I get that we wanted to have something where the ABMA group could get together. I wouldn’t put it in the same category as a convention. The in-person experience can’t be replaced.

As a longstanding member of the ABMA, what are your thoughts on the new Emerging Leaders group?

It sounds like a good idea. I didn’t have any interactions with the group to form any other opinion.

Would you have any interest in recruiting younger employees of your company to the Emerging Leaders group?

I wouldn’t have any issue if I had an eligible candidate in my organization.

What benefits do you think the Emerging Leaders can bring to your company and employees?

It would build stronger relationships between the younger crowd, encourage them to participate and stay in the industry. 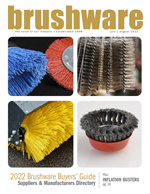